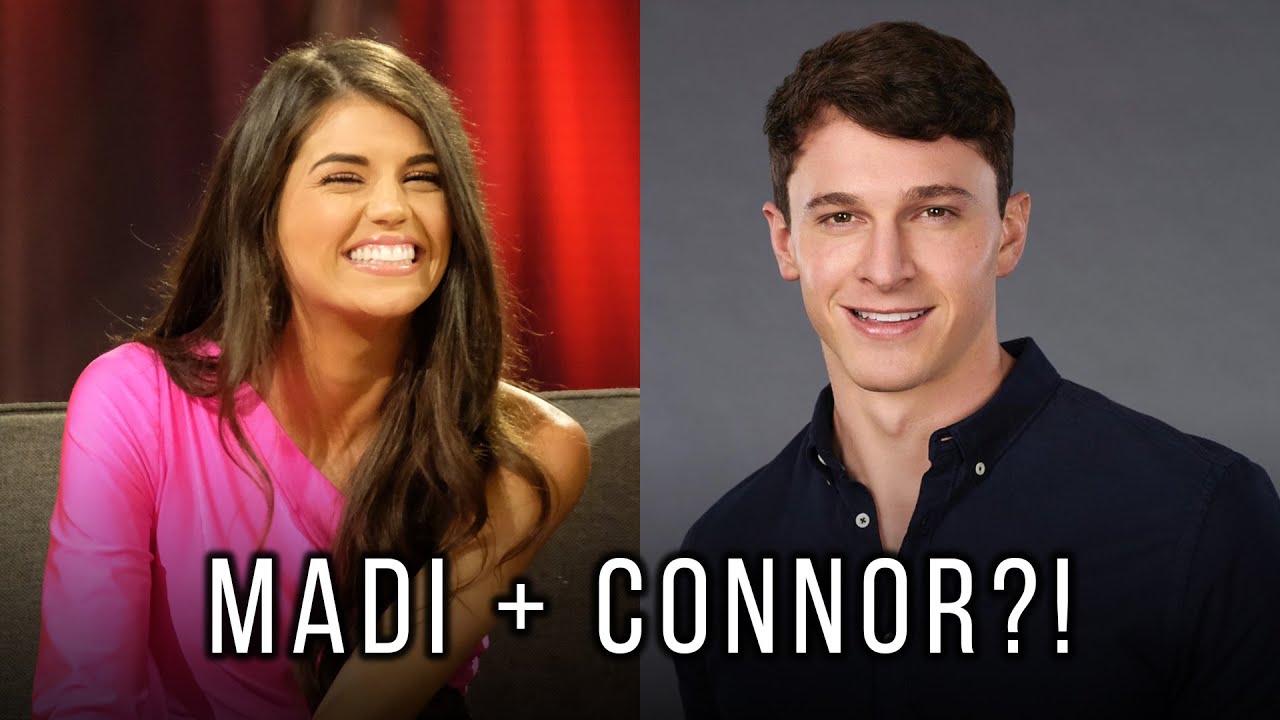 Bachelor nation is DYING to know what’s going on with Connor and Madi and in a recent Instagram live Conor was grilled for details!

But before we get into it if you’re new here be sure to subscribe to our channel and ring the bell so you don’t miss out on any updates!

Ok so, rumors started to swirl after Connor did an Instagram live last Sunday with Mike Johnson!

Mike first asked if a quote “certain individual” were to go to paradise would Conor consider it. After Connor said he would Mike POINT BLANK asked what was going on with him and Madison…

It was Connor’s response that got the rumors started he TOTALLY blushed, got flustered and then said QUOTE:

Well in ANOTHER instagram live, this time with John Paul Jones, Madi was brought up again and John Paul didn’t hold back!

When he asked Connor about Madi and Conor tried to playfully change the subject John Paul followed up with THIS, take a look:

A fan on reddit is claiming that when he was asked again about Madi Connor said QUOTE:

“All I can say is that there is someone I’m excited to meet once I’m out of quarantine.”
This part of the convo we cannot CONFIRM happened, but if it did it certainly seems like that SOMEONE is Madi.

JPJ is not the only one shipping them TONS of fans are hoping there’s something between them like this fan who tweeted:

I am shipping this. I ship any guy for Madi as long as it is not Peter Face with tears of joy

Connor is more decent and definitely more suitable for Madi Face with hand over mouth but what do I know?

From the looks of it, he absolutely has a crush on her Eyes

P.S. I hope he does not have crazy Mom

Can Connor and Madi get together that would be gr8

Alright you guys for now that’s all the Connor and Madi news I have to share with you!

What are your thoughts on the rumors? Do you guys ship them?
Let us know down in the comments and before you go be sure to subscribe to our channel, ring the bell, and the click right over here to watch another new video!

As always I’m your host Fiona Zaring, you can follow me on socials at Fiona Zaring and I’ll see you guys next time!