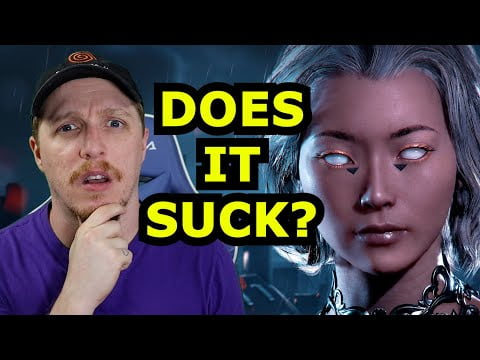 Vampire: The Masquerade – Bloodhunt is a free-to-play battle royale game developed and published by Sharkmob. It is based on the tabletop role-playing game Vampire: The Masquerade, and is part of the larger World of Darkness series. An early-access version was released for Microsoft Windows on September 7, 2021. Vampire: The Masquerade – Bloodhunt is a battle royale game set in the streets and on the rooftops in Prague, in the World of Darkness.[3] It takes place following a vampire gathering in the city, after which war between the vampire sects broke out and the Second Inquisition became involved. Players take the roles of vampires who try to survive the sect war, battling both each other and an entity who tries to exterminate vampires. They can choose to fight on their own or in a team, and use ranged weapons, melee weapons, and vampiric powers.[3][5] Players also need to conceal their identities as vampires from humans, a practice called the Masquerade.[

Does It SUCK? – Vampire: The Masquerade Bloodhunt Review (PS5)
Scroll to top